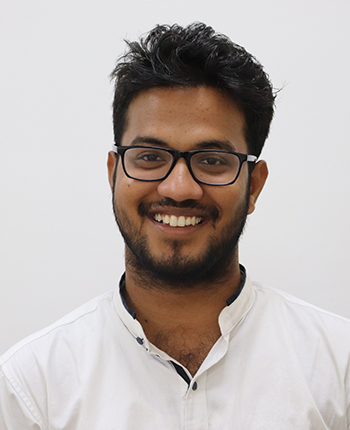 Having a good academic record in school as well as in college. He is a tutor for high school students at Tutelite Academy where he has won "Tutor of the Year" award for many consecutive years. He has interned at various institutions such as Tamil Nadu State Human Rights Commission and many ADR Centres. He aspires to specialise in criminology through his post graduation.

Currently he is leading "Project - Grass Root ADR" for KFCRI. The project aims to empower individuals at the grass root level globally. Initially the project is set to create awareness of ADR Clause and ADR Centres at every panchayat in Tamil Nadu. He is also a part of National Service Scheme in college which using his skill to provide legal advice to the rural people .

He was in the member of Tamil club during his higher secondary where inculcated the habit of regularly being exposed to the rich Tamil literature, and he is also member of manavalakalai yoga, which enables him to achieve a peace of mind whilst he is involved in strenuous work.