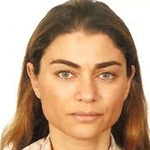 She lectures at the University Paris II – Panthéon, Assas where she is in charge of “Arbitration in the Arab countries” in the LLM program of the Institute of comparative law.

Dr. Nathalie Najjar has a PhD in Law summa cum laude from the University of Paris II – Panthéon Assas (Paris). She lectures at the University Paris II – Panthéon, Assas where she is in charge of “Arbitration in the Arab countries” in the LLM program of the Institute of comparative law. She is also a lecturer in charge of “Domestic and international arbitration” course in the PhD studies (DEA) of private law and in the LLM of business law at the Faculty of Law of Saint-Joseph University (Beirut). She directed several academic PhD theses and was member of several PhD juries.

She is the author of Arbitration and International Trade in the Arab countries, Brill – Nijhoff, 2018, Arbitrage dans les pays arabes et commerce international, LGDJ, France, 2016, (preface by E. Gaillard), that was selected for the « Prix du cercle Montesquieu » 2017 and Arbitrage dans les pays arabes face aux exigences du commerce international, LGDJ, France, 2004 that was crowned by several awards and prizes in France and in Lebanon,. She is also the author of many articles, book chapters and contributions published in renowned books and reviews.

She is the chairman of the Arbitration Commission of the International Chamber of Commerce – Lebanon.
She is also General Secretary of the Lebanese Review of Arab and International Arbitration, that is published by her law firm.

She is member of several arbitration commissions at the International Chamber of Commerce. She is also member of various specialized commissions at the Beirut Bar Association. She also acted as expert before international institutions such as ICC, ACOJURIS, IDLO and others and chaired, spoke in or organized numerous seminars and coaching sessions in Europe and the Arab countries.