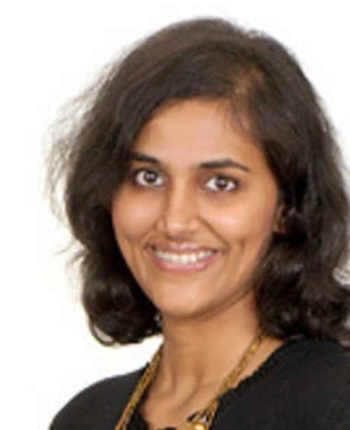 Kirthi Jayakumar is an activist, artist, entrepreneur and writer from Chennai, India. She founded and runs the Red Elephant Foundation, a civilian peacebuilding initiative that works for gender equality through storytelling, advocacy and digital interventions. She also founded and runs fynePRINT, a feminist e-publishing imprint. She is a member of the Youth Working Group for Gender Equality under the UNIANYD.

In 2016, Kirthi was invited to Michelle Obama's United State of Women Summit at the White House in Washington DC, as a nominated changemaker. In 2017, she was one of the youth activists invited to attend President Obama's Town Hall at New Delhi

Kirthi has spoken at TEDx Chennai, addressing Peace Education as a means to end Bullying. She has also spoken at FICCI FLO, as one of the youngest speakers to address the members. Kirthi has also had the distinction of addressing the UNV Partnerships Forum on her work as an epoch-making online volunteer with the United Nations.

Kirthi is the recipient of the US Presidential Services Medal (2012) for her services as a volunteer to Delta Women NGO, from President Barack Obama. She is the two-time recipient of the UN Online Volunteer of the Year Award (2012, 2013). She received the 2016 Orange Flower Award from Women’s Web, the 2016 World Pulse Impact Leader Award and the 2017 Empowerment Leader Award from the Dais Foundation. Her work has been published in The Guardian and the TIME Magazine. She was recognized by EuropeAid on the "200 Women in the World of Development Wall of Fame in 2016." She received the Digital Women Award for Social Impact in 2017, from SheThePeople, the Person of the Year (Social Entrepreneur) 2017 from The Brew Magazine. Kirthi is a recipient of the Yuva Samman from MOP Vaishnav College, in January 2018.

Besides her professional engagements, Kirthi is an author, and released her debut novel in 2017, titled The Doodler of Dimashq. Her second book, The Dove's Lament, made it to the final shortlist for the Muse India Young Writers' Literary Award. Kirthi is a Zen Doodler, and runs a HerStory project called Femcyclopaedia. Her works have been commissioned by corporate establishments, non-profits and art collectors world over. She wrote and acted in Frankly Speaking, a play that takes off from where Anne Frank's Diary ended, and also wrote and acted in two other plays, named HerStory and Dolls.