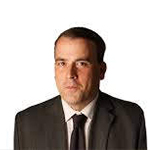 Arran Dowling-Hussey B.A, M.Econ. Sc, LL.M, Dip. Construction Law, Dip. Arb, Dip. Int. Com. Arb, F.C.I.Arb, A.M, Barrister (King's Inns, Middle Temple and Inn of Court of Northern Ireland) is a practising barrister and arbitrator and a member of the Law Library, Dublin and 33 Bedford Row Chambers, London. He is the co-author of 3 editions of the Irish textbook 'Arbitration Law' (Round Hall, Dublin 2008, 2014 & 2018) which has been cited and approved by the Irish Superior Courts. He was a consultant to the Council of Europe's arbitration training in Armenia in December, 2017. Arran was a member of the Chartered Institute of Arbitrators Board of Management from 2013-2015 and serves as a member of the CIArb's Board of Trustees from 2017-2020.

Arran has lecturered in arbitration in a number of jurisidictions and taught that subject when on sabbatical from the Bar and working as a full time member of the School of Law at Dublin City University. He holds a Diploma in Arbitration from the National University of Ireland, Dublin (UCD) and a Diploma in International Commercial Arbitration from the CIArb attending this course when run in Keble College, Oxford. Arran also studied arbitration as part of his Barrister-at-Law degree from King's Inns.

As an arbitrator Arran is listed by Global Arbitration Review in their Arbitration Research Tool. He has wide experience in pre and post court applications arising from arbitrations both where led by Senior Counsel or when acting on his own. Arran also acts as a party representative in arbitral hearings and as stated as an arbitrator. In the course of his work as an arbitrator Arran sits in both domestic and international references. He has varied experience as an arbitrator sitting as a single member tribunal, as a co-arbitrator and as the chairman of a three member panel. Arran is a past attendee at UNCITRAL Working Group II. He is presently taking a part time PhD in international arbitration at the University of Groningen.